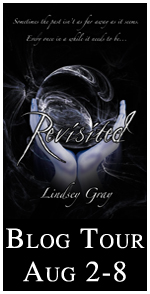 Check out this awesome guest post from Ryan's POV where he talks about how he met the love of his life Lily, how profound their love for each other really was, the pain he felt when he lost her, and the joy he experienced when he found her again. 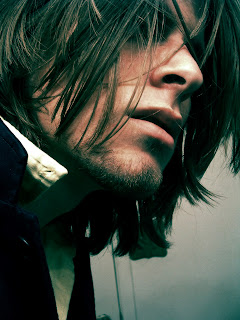 My name is Ryan Edwards. I was born in London on a chilly October afternoon in 1879. My life did not actually begin until I stepped off a boat in Boston harbor in the spring of 1893. That was the day Lily came into my life. I never expected to meet the love of my life at just thirteen years old, but that was precisely what happened. What was even more glorious was that Lily felt the very same way.
My family spent a year in Boston as our fathers worked together. Every day of that year, Lily and I spent falling in love with each other. When it came time for us to leave, our parents had to tear us apart. We left with promises of letters and packages until we could meet again.
Unfortunately, we were unable to see each other again until we were both eighteen. Lily’s parents passed away and she made the decision to give up her life in Boston to come and live with my family. She came to be with me. One problem, society at large thought of Lily as a sister to me. We were not at all sure how to handle what could possibly be a horrible scandal, so we were together in secret for several years.
My parents were at their wits end when neither of us found any one we would consider marrying. That was when we finally confessed that we loved each other and surprisingly, my parents approved. We were married within two months.
Our bliss was short lived. A jolt of the train we were traveling on sent Lily over the railing. The pain that followed was nothing I would wish on my worst enemy. I spent twelve years loving her in secret and only three days loving her as my wife. In one blinding second, it was all gone. I was determined to spend what was left of my life searching the ends of the earth for her. I never wanted to accept the possibility that she was dead. The only thing that finally brought me out of my desperation and forced me to move on with my life was when I took in my nephew, Denning, after my sister died.
Being a surrogate father to Denning gave my life an unexpected purpose. I never stopped loving my wife and continued to look for her, but Denning and his well-being became my first priority.
When I died in 1927, I believed I would definitely be reunited with my sweet Lily once again. When I realized that she was not in heaven, I assumed she was still alive somewhere and took on the vocation of working as an Angel of Death.
With every step I walked, every soul I carried to the other side, I searched for her. After over one hundred years of searching, I found her.
In those moments I rediscovered her before making myself known, I realized every ounce of pain, every second spent searching was worth it. I soon found out she had been searching for me also.
We traveled to Rome for a second honeymoon. It was cut short by circumstances beyond our control, but those circumstances had me envisioning our past and thanking God that we would indeed finally have a future.
Now we are embarking on another task that could very well put that future in jeopardy. I have learned to cherish each moment I have been blessed with and take every opportunity to learn about the new world my vampire wife lives in.

Thanks for stopping by to read about Ryan from Lindsey Gray's The Redemption Series.  I haven't had the opportunity to read Revisited

but I have read Redemption

and I really enjoyed the way Lindsay plays into the paranormal world.  I know my paranormal book lovers will enjoy this series!


Check out the other stops on the Revisited Blog Tour
2nd of August : Interview at SelfPublishOrDie.com
4th of August : 10 questions with the Lindsey Gray on OnTheBroomStick.blogspot.com
6th of August : Character talk on Lori's Book Blog (lorisbookblog.blogspot.com)
Happy Reading!