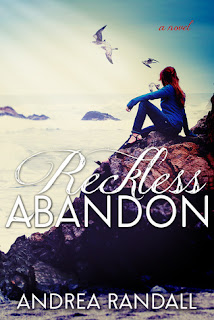 This is the second book in the November Blue series.

November Harris is lost. After a failed romance with musician Bo Cavanaugh, Ember is left struggling to regain her true self. The problem is, Bo won’t go away and Ember's stance is firm—she doesn't want him back.

Adrian Turner, Ember's ex-boyfriend-turned confidant, is patient with her heartbreak, but he can't hold back his own feelings forever.

As she sorts through her past, in an effort to plan a solid future, Ember will find that sometimes even the best laid plans bow to the soul's desire for reckless abandon

** For the first 12 months, 5% of all sales from Reckless Abandon will go to the New England Center for Homeless Veterans.**


I have to say that when I first read Ten Days of Perfect - The first book in Andrea Randall's November Blue series - I LOVED the entire book.  There were some absolutely EPIC quotes, some massive amounts of chemistry, and characters that I loved and hated... but the ending just about killed me!  Talk about a cliffhanger, and at the time I will admit to being mad because it seems like there are tons of cliffhanger endings these days... What's up with that?  While I will admit that these genius authors who keep doing this do us, definitely know what they're doing because we just can't help but NEED more... I sometimes just want to yell... TELL ME WHAT'S GOING TO HAPPEN... because the suspense seriously kills me.... UNLESS, I can dive right into the next book.  That was not the case for Ten Days of Perfect so for that I want to apologize to Andrea for only giving Ten Days a 3 star rating... I have since changed that rating because in all honesty is was not fair for me to take away from her hard work just because the ending pissed me off... but now that I know what happens next, that 3 star definitely jumped up to 4.5!

Now Reckless Abandon... well all I can really say is OH. MY. GOD. These characters drove me absolutely insane.  They both had me so angry at one point I wanted to reach in the book, pull them both out, shove them in a room, and tell them they were not coming out until they kissed and made up... instead I sat back and glared at each word.  Yes, I glared at each word I read.

She loves him, he loves her, she's mad at him and thinks what they had is completely over, he pines for her... silently (come on!  silently?  really?  Boys & Men - If you truly love a woman and know you want her for the rest of your life... you make a statement, give her the space she may need but still chase her just enough to let her know you will do whatever it takes to make it better... Do NOT and I repeat NOT silently pine for her in hopes that she will come around!!!!), and on and on it goes... both of them continuously hurting each other - Especially Bo, he may not have meant to but he still did.  And yes, Ember hurt him too and believe me I thought she was acting like a child but at the same time I kind of got it... she didn't think they could work and she was doing what she "thought" was best to get over him... where as he claimed he was still willing to do whatever it took to get her back.

Then the twist and let me tell you the twist totally ripped out my heart!  Why couldn't the twist have happened to... oh I don't know... Ainsley?  I'm not usually such a mean girl but I will be the first to admit had that twist happened to Ainsley it would have made my day!  I get why it didn't and while I will say that it was the foundation of Bo and Ember finally getting their heads out of their own rear ends... it was sad.  It broke my heart.  It made me want to cry.  It made me want to hug both Bo and Ember.

Reckless Abandon is a great addition to Andrea's November Blue Series... her writing style is amazing and her characters are easy to connect with.  I can't say that I liked RA better than TD but I will say that, although the ride was heartbreakingly rocky... it's exactly what Bo and Ember needed to realize that no matter what may happen, they belong together... they are each others love of a thousand lifetimes!

Giveaway:  Make sure you enter the rafflecopter below for your chance to win a Signed copy of Reckless Abandon, Ten Days of Perfect, and In the Stillness!  Good Luck! 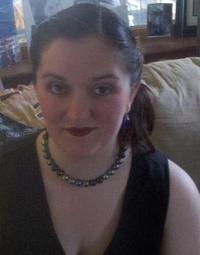 I started writing poetry long before writing fiction. I firmly believe Poetry is a solid foundation for all other forms of writing. It taught me that a single word can make or break the world.

I write fiction because my characters have a story and they want me to tell it.

Before he can respond, the bartender takes the stage and announces Bo. My fingers tingle and I feel slightly dizzy. I notice that Rae is staring at me and am thankful that Regan isn’t. I tilt my chin to the stage to somehow reassure her that everything’s fine. Bo comes out wearing black jeans and a green t-shirt. The green t-shirt he told me reminded him of my eyes. I swallow hard as he sits on the stool and, without saying a word, starts strumming.
Every feeling from the first night I heard him play flies through me like a drunken seagull. I take several deep breaths as he makes his way through his original work, praying that what I’m feeling isn’t regret. The strings, his fingers, the warm bourbon tone kissing the microphone; they’re all lulling me into his presence, his being