The Sea of Tranquility Review 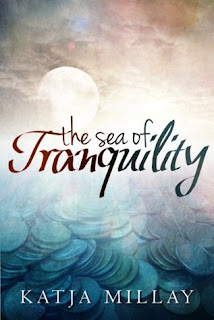 The Sea of Tranquility

Book description...
Full of rage and without a purpose, former pianist Nastya Kashnikov wants two things: to get through high school without anyone discovering her past and to make the boy who took everything from her pay.
All 17 year-old Josh Bennett wants is to build furniture and be left alone, and everyone allows it because it’s easier to pretend he doesn’t exist. When your name is synonymous with death, everyone tends to give you your space.
Everyone except Nastya, a hot mess of a girl who starts showing up and won’t go away until she’s insinuated herself into every aspect of his life. The more he gets to know her, the more of a mystery she becomes. As their relationship intensifies and the unanswered questions begin to pile up, he starts to wonder if he may ever learn the secrets she’s been hiding or if he even wants to.
The Sea of Tranquility is a slow-building, character-driven romance about a lonely boy, an emotionally fragile girl, and the miracle of second chances.


I have been sitting on this book for a few days now... sitting here at the computer off and on trying to force myself... wait force is not a good word because that implies I didn't like the book, which I did, a lot... anyway, I've sat here at the computer with the screen opened up to write my review and all I do is sit... My fingers don't want to seem to move, my brain has completely flown out the window, and I'm about in tears because I really want to give The Sea of Tranquility the review I think it deserves... but I'm stuck.  So I opened up my kindle and read my highlighted quotes, and here's what did it for me....

"Besides, since I'm apparently the spawn of Satan, or possibly Dracula, depending on who you ask, it can never hurt to throw a little crazy out there just to drive the message home before the weekend."

I cracked up at that quote... seriously... because it describes exactly how I pictured Nastya when I first began the book and yes I know that is extremely judgmental and a little self absorbed.. but come on, we're all that way to an extent.  But that's not who Nastya is at all... that was the message this book sends... what you see is not always what you get because Nastya isn't crazy... dramatic yes, but she had good reason to be that way.  It's scary and quite sad what PTSD will do to a person, especially to a bright beautiful young girl who has been through the tragedy Nastya experienced.  I would have given anything to see her not have so much self doubt and full of such fear... but I got it, I got it to a point where I didn't see her as quite so dramatic, and her past?  Yeah, well that made me cry some serious tears.

Then there is Josh... the extremely mature, yet tortured boy who grabs your heart and holds tight because you just want to fix everything for him just to see his smile.  He's been through so much in his young life and doesn't necessarily want Nastya to come around but he also doesn't mind it... actually he realizes how much he enjoys her presence when she doesn't show up for a few days.  Josh needs Nastya just as much as she needs him.  They are beautiful together, both damaged in different ways, both afraid to fully trust, and both emotionally traumatized.  But together they can do, see, and feel just about anything... even if neither of them planned to fall in love...

Amazing story... I didn't love it but I also couldn't put it down.  It's one of those stories that I know when I reread it, I will get something entirely different out of it.  Although it's young adult it lacks the typical teenage angst that most young adult novels have these days... the problems, the emotions, and the situations are all realistic and have forced these strange yet lovable characters to mature beyond their age.

Happy Reading!
Posted by Lori at 4:00 AM