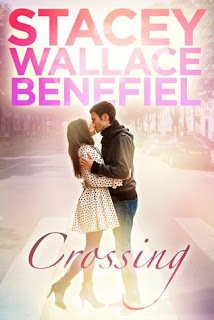 He stole her lipstick…and her heart.

Twenty-year-old Dani Walker can’t believe her luck when she’s paired up with the gorgeous Liam Garrett as her Acting I scene partner – or when he ends up in her bed. Being a Plain Jane with a mouth on her hasn’t exactly served Dani well in the guy department. In fact, she’s had nothing but one night stands. Still, she lets go of her insecurities and falls for Liam, despite feeling like he’s holding something back.

When Dani finally discovers Liam’s secret, she must learn the true meaning of accepting the ones we love for who they are, or risk losing the best thing that’s ever happened to her.


So far this year I have read over 150 books and I have to say that not one of those books left me wondering what the heck I was going to write in a review without giving anything away... because this is definitely a read where the climax of the story is SO eye catching that I definitely don't want to do a thing to give it away.  So I've sat for approximately 2 days and thought... and haven't read a single book because I can't stop thinking - about the book, about the message the book sends, about the characters, and especially about the climax of the story!

The characters were awesome.  Dani had me laughing out loud non stop with her loud mouth and lack of fear for what comes out of it.  At one point I wanted to reach in the book and pull her out just to make her become my friend because of something she says while at a club and a group of drag queens walk in... I seriously LOVED it and honestly I think part of me loved it because that's something that I would most likely yell at a club if I were dancing by myself in a glittery halter top too...I have no shame people and I am definitely NOT shy - which is probably why I liked Dani so much.  That and the fact that she really is a great friend, she's loving, loyal, and best of all - She does NOT judge!

Liam was great... I wouldn't say I connected with him on a level that has me adding him to the top of my book boyfriend list because to me he came off as still hung up on his ex.  But I really did love how he handled Dani and her self esteem issues.  He saw her for the beautiful, funny, smart girl that she was and he loved it all - that more than anything I can appreciate in any man.  So I'm going to tread very carefully here when I say that it's his secret that had me doing the whole head cocked to the side and saying "hmm" thing.  I'm not judging him for it in the least but at the same time it kind of.... Well let's just say it didn't do it for me if you know what I mean.

To me reading Crossing really wasn't about the characters and connecting to the story... had it only been about that I most likely wouldn't be reviewing it on my blog, because y'all know I only review books I think y'all should read and most of the time it's because of the characters... but this is one that I just couldn't pass up on reviewing simply because of the story.  It has an absolutely beautiful message behind the story and I am one to commend any author who takes a risk on something!

Stacy Wallace Benefiel... right now you are seriously my hero for taking a chance and putting this awesome message out there!

Crossing was a great story and one that I think should definitely be added to everyone's TBR's!  It's quick and fairly easy reading... perfect for a trip to the beach!  I'm also adding this to my Summer Reads Summer Long Giveaway Event... so make sure you go enter!