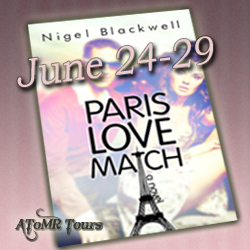 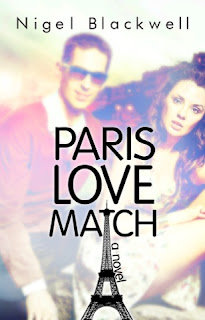 Getting a taxi in Paris can be hell.

Piers Chapman expected a boring business trip to Paris.
What he didn't expect was to fight over a cab with a beautiful girl.

After a bad meeting, Sidney Roux just wanted to hail a cab, go home, and have a glass of wine.
She didn't expect to fight over a cab with some pompous British tourist.

Neither of them expected another man to jump in their cab.
Or to be involved in a gun fight.
Or a car chase through the streets of Paris.
Or for the man to die.

But they're thrust together when the mob demands they return what the dead man stole.

Will Piers and Sidney work together?
Will they find what he had stolen?
Will they stay alive?

And will they do the last thing they expected?
Will they fall in love?

To see other stops on the tour for reviews, guest posts, and excerpt click here 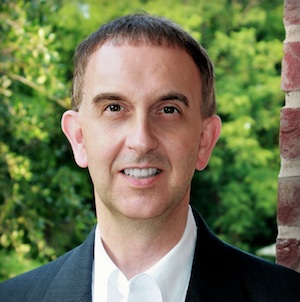 Nigel Blackwell was born in rural Oxfordshire in England. He has a love of books, a PhD in Physical Chemistry, and a black belt in pointing out the obvious. As a teenager he toured Europe and loved seeing the wonders of the world and the people in it. Since then he has been fortunate enough to travel across Europe, North America, the Middle East, and Japan, and hasn't been anywhere that doesn't have the potential for a story.
He now lives in Texas with his wife and daughter, where they enjoy the sunshine and listen to the coyotes howl at night.

Piers slammed the taxi door and sank into a seat that had long since given up any effort to support its occupants. “Hotel Lafayette, si vous—“
The opposite rear door whipped open. Piers’ mouth froze half-open with his tongue poking out. His forehead wrinkled and his eyebrows inched closer together. The face of an angel stared at him and he glimpsed the mesmerizing curve of a tight-fitting skirt and long legs as she bounded into the taxi. The angel leaned back in the seat and undid the top button of a business suit. His thoughts danced uncomfortably between modesty and wanting to look at her cleavage.
She ran a hand through her long, jet-black hair, flipped one side over her ear, and turned to look at him with deep mocha eyes. She smiled, big and broad, intense and confident, a full thousand watts. Her high cheekbones and soft lips underlined her angelic presence. Tiny dimples rippled as she opened her mouth to speak.
Piers held his breath as the sight of her paralyzed his voice.
“Get out,” she said.
Piers blinked in shock. “What?”
“Get the fuck out.”
“What?” The wattage had gone from her smile, but Piers still feared his heart might stop as he looked at her. “But I—“
She leaned across him and yanked at the door handle on his side. “Go on, get out.”
The sounds of Paris wafted in through the open door, a hundred languages, all spoken at once.
“I beg your pardon, but I was here first.”
“And?”
“Well, doesn’t that mean it’s my taxi?”
The voices outside turned to shouts.
She shook her head.
Piers sighed. “I hate to be rude, but I was seated before you arrived, and I was giving the driver the address when you got in.”
She huffed. “You are being rude. In Paris there is a certain etiquette regarding taxis.”
He raised his eyebrows. “Etiquette?”
She gave a patronizing smile. “I started for the taxi before you. That means it’s my taxi.”
The driver leaned back over his seat. “Will one of you tell me where we’re going?”
Her eyes remained locked on Piers. “I saw it first. And you’re just some tourist. Get out. I live here. I need a taxi.”
“Please. One of you tell me where we’re going,” the driver said, agitated.
Piers glanced at the driver. “Hotel La—“
She waved her hand in front of his face. “Non, non. Rue de—“
There was more shouting outside the cab then a large, wet man dived headlong through the open door and across the rear seat. The man rolled around, his elbows and knees digging into Piers. The girl lurched away from them.
Piers opened his mouth, but his throat closed up at the sight of a gun in the man’s hand. His heart thumped hard against his ribs. His arms locked solid and his legs felt like lead. He tried to swallow, but his mouth was dry.
The man waved the gun at the driver. “Vite, vite! Drive! Go!”