Release Day Launch: Rock With Me (With Me in Seattle #4) Review 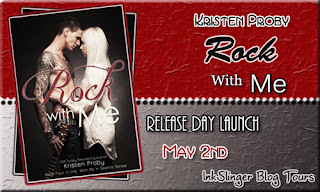 Rock With Me (With Me In Seattle) 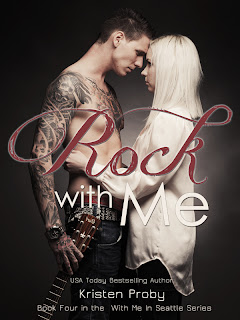 Front Man Leo Nash from the world-famous rock band, Nash, is the last person on earth Samantha Williams would trust. She's already learned about loving a celebrity the hard way and isn't signing up for another lesson.

Every time Sam gives Leo attitude, he wants to knock that chip off her fragile little shoulder. What the hell did he ever do to her, anyway? He's not used to women treating him like he's poisonous, and he isn't about to let her run away every time he gets close. He's had enough of people running away to last him a lifetime...when this one runs, he gives chase. But, catching Sam isn't as hard as he thought.

The sexual attraction between them is so thick, Sam can practically hold it in her hand. There's no way she can deny herself the promise of pleasure being with Leo would provide. But, pleasure always comes with pain and when secrets are revealed and trust is challenged, who will run and who will chase?


Well KP lovers.... She has done it again.  Only this time she's taken it even further and has delivered us one heck of a loveable, intense, damaged, sexy as sin Rock Star and a strong willed, sarcastic, beautifully loyal, and compassionate heroine.  And she even managed to pull this one off AFTER she gave us the loveable Will Montgomery!

Sam Williams is hands down one of the most complicated heroines Kristen has written.  She's complicated in that way that you think there is no way that your going to love her... especially after what she put Natalie through in Come Away With Me.  But then you get inside her head and you get to know the woman she is and the struggles shes faced and is currently facing.  You get to understand her and why she acts the way she does and it makes everything that happened in Come Away With Me with Natalie make complete sense.  Sam is fiercely loyal when it comes to her family.  She loves them more than anything.  And in all reality she has a heart of gold!  But the best part about Sam... a part that I really wasn't expecting... was she is down right hilarious!

Then there's Leo... and his stars.  And yes book lovers... when it comes to Leo Nash - it is ALL about those sexy stars that are on the sexiest part of the male body!  Leo is not your typical Rock Star.  He's a little bit damaged and a lot sweet.  He's over protective of those he loves and he too has a heart of gold.

These two characters have a lot of over come when it comes to establishing a relationship... but when they come - Umm... together - WOW!  Not only is it hot... but it's intense because they both have walls they need to break down for the other.  Both Sam and Leo tell each other just enough that you know what happened in their past but not enough that it overshadows the book which is another thing I love about Kristen's books - no matter what the characters have been through or are currently going through it's still all about their relationship and falling in love.

There is so much to fall in love with when it comes to these two but there is one thing that makes Samantha stand out more than any other heroine.... it's something we rarely (if ever) see in books but especially in Rock Star books!  She's got a level of confidence that shines.  She doesn't let the fans and/or groupies offend her - and I seriously loved that.  It seems like every rock star book that comes out anymore has some female fan/groupie causing problems for the H/h and even though I understood it because it's what we all like to believe is the norm...  so, like I said it was refreshing - Thank You Kristen Proby!!!

I've made it quite clear how much I adore Kristen Proby... I feel about her and her books as I feel about Kristen Ashley.  It's love - true love!

Even if you haven't checked out Kristen's other With Me in Seattle books (which if you haven't then you should seriously consider because you're missing some seriously hot men and some adorable women) then don't shy away from Rock With Me.  It is, in my opinion, Kristen's best work yet! 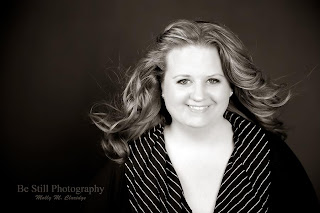 Kristen is the author of the Amazon and USA Today bestselling With Me In Seattle series. She has a passion for a good love story and strong characters who love humor and have a strong sense of loyalty and family. Her men are the alpha type; fiercely protective and a bit bossy, and her ladies are fun, strong, and not afraid to stand up for themselves.
Kristen spends her days with her muse in the Pacific Northwest. She enjoys coffee, chocolate and sunshine. And naps.

**Make sure you come back tomorrow for a special bonus scene from Rock With Me.** 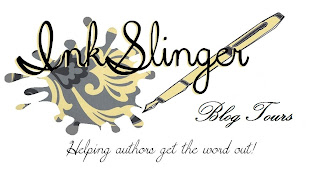