I Love You to Death Review 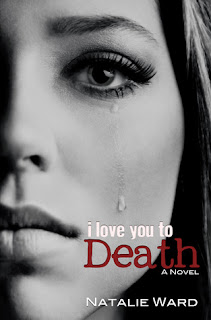 I Love You to Death

Book description...
When Ash loses her boyfriend, she is consumed by grief, loneliness and an overwhelming sense of guilt for her role in not only his death, but the deaths of everyone she has ever loved. Refusing to let anyone in for fear of losing them too, she becomes withdrawn, spending her days reliving the nightmares from her past.
Until she meets Luke.
Initially scared by his intensity and interest in her, Ash tries to push him away. But as Luke slowly starts to chip away at the walls she’s built, Ash finds herself doing the one thing she swore she’d never do again — falling in love.
When the familiar feelings Ash had hoped were long buried with her past begin to resurface, she is forced to ask herself if falling in love again is really worth the risk.

Very rarely do I read a book where the heroine is actually the one that I'm more attached to and that's because I always put myself in her shoes and pretend these amazing hot guys are after me... goofy, I know... but it's true.  But that was pretty much impossible with I Love You to Death.  Instead I was an outsider watching Ash and feeling my heart break for her over and over again, wondering how much more a person could actually stand before flying off the deep end.

Asha, such a beautiful name, is a young woman who has suffered through the loss of so many of her loved ones... well I guess technically everyone she loves.  She has dealt with death since the day she was born and it got to the point where she eventually began to play the blame game... and the blame always fell on herself.  I have to tell you that it was extremely hard to see Ash talk about her past.  To see how close she was with the ones she lost and how she was able to convince herself that their deaths had something to do with her and the decisions she made... It broke my heart.  I wanted to hug her, I wanted to smack some sense into her because what she was feeling and had convinced herself of was just not true!

She's officially given up on gaining any kind of emotional attachment... friend or love interest.  Especially after what happened to her boyfriend, because he was the last to leave her.  But then she meets Luke who is this extremely patient man that takes everything with Ash as slow as possible.  I loved Luke, I love how into her he was yet knew to be cautious.  It says something about a man and his character when he can put his ego on hold for a woman who is in desperate need of a friend.  Which is exactly what Luke did, he put his wants and desires on hold for Ash because he knew she was something special and that he would do anything and everything for her.

Natalie did one heck of a job sucking me into this story.  At first I was a little hesitant to read because I knew it was going to be sad, I was warned it was going to mess with my emotions... and did it ever!  But I'm so glad I listened, because had I not... I may not have picked it up for a few more months or maybe not even at all... and this is definitely one story that will stay with me and go directly to my re-read list!  So Thank You Jenny, for recommending this tragic yet beautiful story to me!

Happy Reading!
Posted by Lori at 7:00 AM