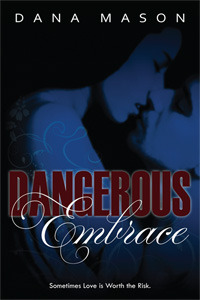 Book description…
Sarah Jennings wants nothing more than a quiet life—alone.
Raised by an eccentric mother, their life on the road only taught her how to run away from hard times. But when she finds herself in an abusive relationship, this lesson serves her well.
Now, back in her hometown, she's found a place she loves. She’s a first grade teacher, and with few friends and less family around, she has what she wants, a quiet life under the radar where she can be free of her past and live quietly. Finally comfortable in her own skin, she’s settled, and less fearful than she’s ever been in her life.
But it only takes one night and one act of violence for everything to change. Injured and afraid, Sarah wants to run again, but Mark Summors refuses to let her go.
Just when Sarah thinks she can have Mark and the life he promises, her past comes back to haunt her.
Mark Summors was born and raised in Santa Rosa. He married his high school sweetheart and never questioned his life, until he found his wife with another man.
Now divorced, he wants something more. He’s passionate about his job, he wants to protect people, and he devotes his life to it.
This time he’s protecting more than just another client, he’s protecting his future; at least, Sarah Jennings will be his future, once he convinces her she loves him.

I’m not usually a huge fan of heroines in books because they annoy me most of the time… they never do what I think they should do, they never believe the hero when he confesses his love and devotion, they pretend they don’t have feelings for the hero when in reality they’re madly in love with him… but that wasn’t the case with Dangerous Embrace.  Sarah did a lot of the things that annoy me about heroines but the woman had more than good reason for acting the way she did.  I admired her strength to the point where I just wanted to reach in the book and give her a big hug that would take away all her pain and suffering just so she could have what she so desperately wanted and deserved with Mark.

Mark… well, there is a ton I could say about him but it mostly all revolves around me confessing my undying love for this man who seriously would go to any length to keep Sarah safe.  And he went to those extremes before he knew her, before he even saw her as this beautiful woman he knew he wanted in his life.  But she was definitely a challenge in more ways than one and Mark made sure to take his time with her, show her that he was willing to move at her pace because he just wanted to be around her.  His patience and loyalty is what pushed him very close to the top of my book boyfriend list!

These two had numerous obstacles to overcome just to be able to develop a relationship.  It seemed like they were constantly taking one step forward only to be forced back two.  Sweet Mark was there with his patience and understanding nature to help guide Sarah back to happiness, but it was an extremely tough road.  She wanted to move forward, she wanted to be with Mark, but the things she continued to face constantly had her retreating inside her head where she was convinced happiness was not something she would get.  I felt for Sarah on more than one level but I also felt for Mark… he saw what he wanted and was more than willing to work for it.

Dangerous Embrace by Dana Mason is an excellent story but it’s Dana’s writing style that kept my eyes glued to my kindle and my fingers anxious to turn the pages.  I’m looking forward to reading more of Dana’s work!

This is one you should definitely check out!