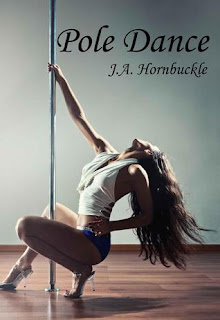 Book description…
Caitlin Tomas was at the end of her rope. She's working four menial jobs to make ends meet and supplement her half-ride scholarship at the University where she's determined to get her degree in four years as her parents had planned. But it's hard to find time to study, much less sleep, when you've got so much going on. Overhearing her lab partner describing her Pole Dancing job at the Fuego Club and how much she gets paid and tipped, Caitlin decides to apply.

Expecting to interview with a middle-aged mafia-type, troglodyte, Caitlin was shocked to find her interview was with the young, smoking hot, co-owner, Jake Stanton. He soon discovers that Caitlin is not suited as a dancer for the Fuego's, but is definitely suited for him especially when he has first hand evidence of how she is treated by one of her bosses and a bank president that makes a visit to her apartment after banking hours.

He is further intrigued when he receives a background check on her and discovers that she was exactly who she said she was--a starving student with no living family, struggling to meet commitments of work and school. In his business, that kind of honesty is rare and he is completely captivated.

Jake begins a campaign to win Cait's heart, but she is so fiercely independent that he has trouble breaking down her walls. She views his help as 'trying to take over' and tries to resist him at every turn. It doesn't help when she is accosted by a jealous ex-lover who says that Jake will try and buy his way into her bed. His efforts are further hampered by a distrustful business partner, a serial killer who's victims are current or former dancers of Fuego's, and Floyd, the cat.
Through all this can the world-weary Jake convince the naïve but independent Caitlin that sharing his life doesn't mean giving up hers?

So I have to admit that I picked this book up because of the numerous reviews I saw for it that said it had a Kristen Ashley feel to it and y’all know HOW much I love my KA and her smokin’ hot bad boys!  While there was a small KA feel to this book it was still it’s own story without having too much of a KA feel to it.  The only thing I wish I could say to the author is – PLEASE cut back on the use of the word Yeah, and please make sure they are placed throughout the story in proper places.  But, I also have to admit that what caught my attention with this book is the cover and the title.  I’m a sucker for dancing for one; I also want a stripper pole… Not because I want to be a stripper, but because it’s not only great exercise but it’s fun.  Unfortunately I only know how much fun stripper pole’s are because anytime I’ve had a few drinks and there is a stripper pole around I won’t hesitate to dance on it – No laughing… I don’t get out much ;-)

Caitlin was a sweet girl who did not have the greatest luck.  Turns out her lack of luck had more to do with someone else than it did here but I have to say I admired the hell out of her for the way she handled things.  She could have sat back and played the whole poor me card, but she didn’t.  She worked as much as possible (FOUR part time jobs while attending College with a full course load), she sacrificed things for herself (including healthy well balanced meals), and the biggest thing was she didn’t complain.  After overhearing a classmate talk about making lots of cake dancing at a local club Caitlin decides to go for an interview.  And let me tell you the interview was freaking hot!  I mean HOT!!!  Unfortunately for Caitlin, Jake (her potential sexy as sin boss) has no plans to hire her, but has something else in mind.

Jake is something else… the best way to describe him is for me to just say… Where can I get one?  He’s hot, He’s smart, He’s considerate, He’s funny, and he wants Caitlin!  In his eyes there was something special and innocent about Caitlin and he wanted her.  He was pretty special himself, after seeing the struggling situation Caitlin was in, he made it his mission to take care of her in any way he could.  Even if it meant pissing her off… which he did and it was quite funny!

Their relationship started off slow and sweet.  Jake wanted to take his time with Caitlin and savor every little thing, while Caitlin was ready to jump in feet first and enjoy the fantastic ride she knew Jake would give her.  The way they interacted with each other had me constantly smiling, sighing, and laughing out loud.  There’s this scene with the dog (you’ll totally get it when you get there) that had me laughing so hard my husband gave me the evil eye because I was interrupting UFC or football or something… but it’s one of those things that happens to everyone and Jake’s response to Caitlin asking for help was downright hilarious!

Watching Jake and Caitlin fall in love was realistic, fun, and beautiful all at the same time.  I would LOVE to see more of these two; actually I’m looking forward to reading more of J.A. Hornbuckle’s work!  This is definitely one to check out!

Happy Reading!
Posted by Lori at 2:30 AM