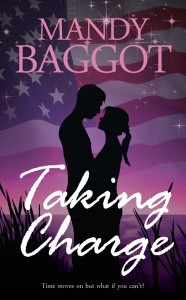 Book description…
Is going back Robyn s only way forward? American-born Robyn Matthers is going home. With her dad in hospital, his roadhouse in ruins and the ice hockey team slipping down the league, she needs to take charge. But does she have the strength to do it? Cole Ryan is a hockey player on a personal mission. He s tall, dark, hot and Robyn s noticed But can she trust her feelings - or his? And what will Cole do when he finds out the truth about her? Robyn returns to Michigan and things aren t quite the same. Her best friend has grown up and is thinking about marriage and babies, the ice hockey team is no longer the life blood of the community and her father is engaged When Robyn s twin cousins drag up past events that hold painful memories for her, she and Cole are forced together. But are either of them ready to start something new? With an ill father, a trailer trash almost step-mom and ex-boyfriend Brad desperate for another chance, does Robyn have time to contemplate a relationship? Does she really want one? And is it physically possible for two people to fall in love in just three days?

Excerpt:
He’d given her the best room. She had a panoramic view of West Lake and all its natural Michigan beauty. When she’d woken up the next morning and drawn back the curtains, the scenery had stunned her. The sun was already up and the lake was still and calm. Like a mirror, it reflected every tree standing along the banks. The sky was a cornflower blue and there wasn’t a cloud in sight.
She was still suffering from the time difference, but this morning, opening her eyes to the fantastic garden, the boats moored around the edge of the water and the lake itself, everything seemed a little bit better. Today was a good weather day. The sun was shining and there was little wind, and in Portage, that meant getting intimate with the barbecue.
She was already outside on the deck, a pair of tongs in her hand, and the lid of the grill open, when Cole appeared.
“Morning! Bratwurst?” she greeted, waving a sausage in the air.

Cole opened the door and Robyn pushed him inside. She grabbed hold of his hands and put them on her hips. She kissed him, pushing him down onto the floor of the hallway. She wanted to get as close to him as she could. She pulled his t-shirt over his head and looked appreciatively at the firm, muscular chest underneath. She ran her fingers down, across his sternum to the waistband of his jeans.
Cole stopped her, taking hold of her hand and squeezing it in his.
She looked into his eyes, those deep, dark eyes. She kissed his lips again, closing her eyes and savoring every second of how it felt to lose herself in someone, without any questions or recriminations. Without anyone having to get up and go home.
Cole brought her fingers to his mouth and softly kissed each knuckle in turn. His gentleness was too much to bear, and she drew herself away, let him go and got to her feet, sweeping her hair back out of her face.

The pink neon sign of Taboo throbbed in front of them. Mickey and the rest of the team had been at another bar before arriving at the club, and they were already well lubricated.
“Now, listen up. Bob has the kitty—strictly beer, no ridiculously, expensive, potent cocktails, no shots, and absolutely no tequila. I want you all to enjoy yourselves, but we do have an important game tomorrow, so let’s remember that,” Robyn said.
Henrik repositioned a bright yellow cowboy hat on his head and loosely strung a red feather boa around Mickey’s neck. Robyn had no idea where he had got them from.
“What about the kitty for the girls? You get special treatment if you throw money at them,” Art piped up.
“If you want to throw money at them, Art, you knock yourself out, but you won’t be throwing my money at them,” Robyn informed him.

This story is fun, the heroine is a talker and is extremely sarcastic!  It's definitely one to check out!!!