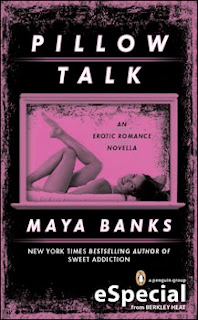 Book description…
Zoe Michaels may be in a committed relationship with her boyfriend Chase, but there’s no lack of heat between her and her other two roommates Brody and Tate. After all, the three guys are all firefighters. Then one night, Chase reveals his number-one fantasy: for Zoe to perform an everything-goes strip tease for his two best buddies. A turn-on for them means a turn-on for him. And for Zoe? It proves to be even more, and it opens the door for a secret desire all her own to come true.

I’ve mentioned before that I like to read super smut in between my, we’ll call them regular reads, for a few different reasons.  Number one being, I have a weak spot for super smut that doesn’t really seem realistic to me because I just don’t see men sharing as well as they do in some of these books… I’m not saying it’s not possible, I just don’t see it happening in an everyday situation.  But I also read them because they are a change to my “regular reads” and as a friend mentioned today they “cleanse the palette”.  Which they do!  Normally I don’t review them but this one was just too hot and actually pretty realistic in the way of actual feelings not to review!

Zoe definitely has the life.  She’s got this super hot boyfriend who is more than enough to please her but he also encourages her to talk about her fantasies.  How many men are comfortable enough to hear their woman talk about her sexual fantasies and not get jealous or mad?  Chase didn’t get either, he actually talked about his own fantasies and then set everything up for Zoe’s fantasies to come true.

Here’s where the feelings came in.  Their first fantasy come true involved Chase’s two best friends and roommates, Brody and Tate.  Brody and Tate have a close relationship with Zoe and their feelings clearly run deeper than friendship.  So they jump on board in the make Zoe’s fantasies come true.  Unfortunately because their feelings for her run deeper lines are crossed and even deeper feelings develop for all involved.  Everything is going great until Chase takes it all a little too far and ends up forcing an issue none of them are prepared to deal with.

If you like hot men who are willing to encourage a woman’s fantasies and aren’t afraid to share I definitely recommend checking this book out!!  Pillow Talk is the first novella in the book Four Play that includes a sexy novella by Shayla Black or it can be purchased alone.