If you haven't heard about this book yet then you are seriously missing out!  I couldn't put it down for the life of me... stirring the mac n cheese for the kids with my nose just about plastered to my kindle waiting to find out what Eva was going to come up with next and falling more in love with Alexander every time he encouraged her to just be herself.

I absolutely loved and admired Eva's strength.  She was a career driven woman who still liked to cut loose and have a good time... but I also wanted to smack her.  Her fear of attachments and love got a little old, especially after meeting a man who seriously was willing to help her live out her every sexual fantasy... He wanted to do anything and everything to please her and yet she fights him at every turn and pushes him away.  And even though I wanted to smack her for all of it... I still understood her feelings and where she was coming from.  She was afraid.

I'm more than looking forward to the next book in this series... I'm anxious to see what Eva has up her sleeve and what she plans to do!  I'm only hoping that she will do what I REALLY want her to do!

So... I have an extra special treat for y'all from TC Anthony herself!!!  You all know how much I love my heroes and Alexander is no exception... that man landed himself in my book boyfriend collection  in the first chapter if that tells you anything.  He was sweet and passionate while being understanding and occasionally dominant.  He was like the perfect combination of everything you could possibly want in a man and I'm ready for more of him... like yesterday!

But here is the extra special treat TC sent for us... It's a little something in Alexander's POV...

An opinion on Eva by Alexander!

If you ask me—more women should learn how to be like Evangeline; not her fear of love but her courage to express herself.

A man isn't a mind reader.  He isn't a magician or a god.  He is just a man!  That doesn't mean he is stupid or dense or naive but that does mean that he has no idea what is happening in a woman's mind or body.  No matter what anyone tells you, women cannot and will never be treated the same as a man…do you really want to be treated like a frat brother?  Why you ask—because if they were, it would be the end of the world.  The truth is that women want to be treated like queens; loved and feared, respected on the level of men but esteemed on the level of ladies.

So, how do we men want you women to help us find a happy medium?  Just tell us what you want, and when you want it!

That is what drew me to the brutally honest and insanely sexy Evangeline.  The first moment that Evangeline fell into my lap—literally—her body exuded a yearning much deeper than want and much stronger than both of us—Lust!  Lust is a chemical rush that women shy away from acknowledging.  But as a man, the moment a woman tells me that she can't help but want to rip my clothes off and ride me until she orgasms; all I can think is—She is a goddess!

There are a million and one women who play the coy and naive little virgins who want to be figured out, learned, and discovered by a man.  But how can I possibly satisfy a woman when I can't figure out and she won't tell me what she is satisfied by?
The nature of society is that a sexually outspoken woman is taboo—a little less today—but still very much real and alive.

Let the ladies hear this well…Men don't want the million and one women who are all alike; we want the one in a million who is unlike any other.  Don't shy away from saying what you feel and feeling what it is you say.  I want to know what you want, I want to hear what you feel and then—I can fill your wants, needs, desires, fantasies, and ultimately fulfill YOU!

BIG HUGE THANKS to TC for writing such a fantastic book and Big Thanks to Alexander for sending words of encouragement for all women to be who they are meant to be and not be afraid to ask for what we want for because at the end of the day our men just want to please us! 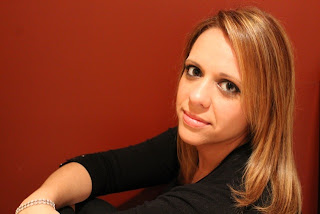 T.C. Anthony is a 30-something wife and mother of two. Born in Southern Italy, Anthony has been a proud New Yorker since the age of 5. An executive in the healthcare sector, she is 50% modern, ambitious New York businesswoman and 50% old world Italian mother and wife who enjoys feeding and taking care of everyone around her.