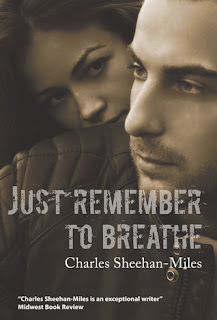 Book description…
Alex Thompson’s life is following the script. A pre-law student at Columbia University, she’s focused on her grades, her life and her future. The last thing she needs is to reconnect with the boy who broke her heart.
Dylan Paris comes home from Afghanistan severely injured and knows that the one thing he cannot do is drag Alex into the mess he’s made of his life.
When Dylan and Alex are assigned to the same work study program and are forced to work side by side, they have to make new ground rules to keep from killing each other.
Only problem is, they keep breaking the rules.
The first rule is to never, ever talk about how they fell in love.

True love is one of the most beautiful things in the world.  It’s unconditional, it’s full of passion, full of understanding and compassion, it’s selfless, it’s knowing that quality time together always means more than quantity, and most importantly it’s unbreakable.  Personally, I saw the beauty in the true love between the characters in this book.  I saw it because I understand it.  My true love means everything to me.  We don’t get to spend a lot of time together because of his job, but when we are together it’s always filled with unconditional love, unless of course, I’m driving him nuts – which happens more than I’d like to admit ;)  I ♥ you hubby!!

Alex and Dylan fell in love years before finally coming face to face again.  What they shared was intense and full of adventure, until they both had to go back to their own homes… in different states… clear across the country from each other.  They were young, but were unable to fight the pull they had for each other.  But like I said they were young and didn’t exactly understand the level of communication a relationship like theirs should take.
After a heartbreaking break up (for both of them) they’re forced to work together on a work study project.  At first things are tense, and I mean like neither of them knew exactly what to do about being around the other… both wanting to find a different work study project, in order to avoid each other.  I was heartbroken for both of them - He believes something happened… something unforgivable in a relationship, and she’s convinced he broke her heart… by stopping all communication with her.  To top it all off Dylan was hurt while serving overseas and now believes that he is, nor has he ever been, good enough for Alex.  Not to mention a few outside influences that seemed to keep getting in the way.

I wanted to smack these two, numerous times.  More Dylan than Alex, but I also got where he was coming from.  Why he believed the things he did.  I was proud of both Dylan and Alex as well.  They worked together as well as on their own to overcome their own struggles as well as the problems they believed they had in their relationship.