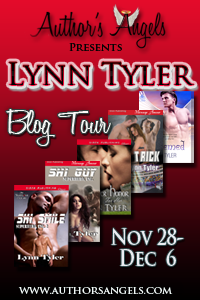 Who doesn’t love a good superhero?  I know I do.  I’d take just about any of them, well except for Spiderman because… Spiders creep me out, no they don’t… they terrify me.  And I know I’m a little on the goofy side because it’s not like he actually looks like a spider but I don’t think I could ever get over the whole web thing.  I’d probably freak out anytime I saw it or walked into it or something.

Now take a look at the book below - THAT is a superhero that I would like to meet.  Maybe he could lend his “super powers” to my husband for a night… or a year… or whatever works!

SHI-Guy
A superhero with a kink.
Kade, a superhero, has loved Lana for years. When she is kidnapped by his archenemy, it is up to him to save her and take care of the pain inflicted by a powerful aphrodisiac, which can only be relieved by orgasm. He uses his unique power of self-replication to give him the ability to make love to her as two men, her ultimate fantasy.
That one night was his dream come true, but he knows he will never be able to let her go again and is determined to spend the rest of his life with her.
Lana has only ever played with toys and is thrilled by Kade’s ability to replicate himself so that she can finally feel what it’s like to make love with two men. But can she accept him into her bed and into her life?

But today is even more special because Lynn Tyler stopped by to talk to us about superheroes and even give us an excerpt of SHI-Guy.

Welcome Lynn!!!  Thanks so much for stopping by!

Before we get started today, I would like to thank Lori for hosting me.

I grew up in the time of Power Rangers, Teenage Mutant Ninja Turtles and Spiderman repeats. I was fascinated by the thought of having a super power and wondering what I would do if I had one. Would I swoop down and rescue babies from runaway trains if I could fly? Would I become an international spy and capture bad guys if I could turn invisible?
Then, I became acquainted with the X Men. Oh, what wonderful super powers they had.

And not the typical kind of powers either.

Which got me to wondering. What if super heroes had other powers? Like self-replication?
That was the inspiration for Kaden Kade, the main character in SHI Guy. I mean, who wouldn’t want a totally smoking guy who could replicate himself?

The premise behind Superhero, Inc. is not actually what the heroes do for a living. The series focuses on the behind the scenes, everyday life of the heroes. What they do for fun, how they love and are loved and most importantly, a peek inside their bedrooms.

I’d like to leave you with an excerpt from SHI Guy, the first book in the Superhero, Inc. series. Enjoy.

Brightly colored little dots swam before Kade’s eyes as the world tilted on its axis. “Breathe, sugar. Breathe.” Jesse hissed in his ear. Two more hands joined Jesse’s, one gripping his shoulder and one pressing squarely into the middle of his back. Since Jesse didn’t have three hands, he guessed Chris and Russ had joined in the effort to keep him on his feet. He certainly would have crumpled to the floor if it hadn’t been for them propping him up.
The president was talking, but all he could hear was the roar of blood rushing through his ears and Jesse still frantically ordering him to breathe. His heart was about to beat right out of his chest, his lungs screamed for oxygen, and he was pretty sure the pizza, beer, and salt ’n’ vinegars were going to make a repeat performance.
Damn it all to hell, he needed to pull his shit together and start concentrating on what he needed to do to get Lana out of whatever situation she was in, alive. He sucked in a breath and spoke up. “I’m sorry, sir, but could you start from the beginning again? I want to make sure we have all the details straight.”
Kade braced himself for a blistering reproof from his boss but was totally thrown by the sympathetic nod. Apparently the man knew about his feelings for Lana. And judging from the rest of the crowd gazing compassionately at him, so did the rest of Superhero Inc. Any other time, that would have bugged him. Right now he didn’t give a crap who knew that he had long carried an unrequited love for the scientist. All he needed to know was how to get her back alive and unharmed.
Steady on his feet now, Kade technically didn’t need the other three men to hold him up, but his friends remained where they were, silently offering their support. He was grateful for said support when another picture flashed up on the screen. His assigned villain, Helter Skelter, what a stereotype, leered at them from the screen. “Are you sure it’s Helter?” Kade asked, clearing his throat when his voice sounded as if he had swallowed a piece of sandpaper.
A video clip began playing on the screen. One of Helter Skelter’s known underlings had been caught on a security camera posted at an ATM. It showed him bundling a woozy Lana into a car and driving off. No one had paid the slightest attention to the faintly odd scene, probably because Lana had gone so willingly. “I would bet my balls that she was drugged somehow.” Russ growled menacingly, his hand still pressing solidly into Kade’s midback.
It was a mark of how dire the situation really was when no one commented on the state of Russ’s nuts. This time the president did shoot a dark glance their way and continued on as if Russ had never spoken. “As you all know, about a month ago all staff and heroes were chipped with a GPS tracker. They’ve not discovered the chip yet, and we’ve tracked her to a vacant lot where we suspect Helter Skelter has constructed an underground stronghold.”
Kade’s stomach was still churning, but he fought the bile rising up in his throat. He stared at the barren field, trying to locate the point of entry from the sketchy satellite pictures currently displayed on the screen. It was imperative they get her out of there as quickly as possible.
The president echoed his own train of thought when he carried on. “It is crucial that Dr. Lewis be extracted from the situation immediately. I don’t have to tell any of you about the sensitive nature of the information she has had access to. It could spell disaster should she be forced to divulge any valuable genetic, or even security, information.”
Fuck that. It would take a whole load of bad shit before Lana gave up any information. That was for sure. She was loyal to a fault, which was one of the reasons he’d fallen so damn hard for her, and she cared deeply about everyone at SHI. She would rather pull out her own nails than give the enemy information, valuable or not.
No, Kade wasn’t worried about the possibility of Lana giving up information. He was more worried about the way Helter would try to get the information out of her. An image of Lana’s fair skin bruised and bloody floated through his mind and took root. His stomach clenched and cramped painfully, forcing him to gag as his supper tried to make a quick exit through his throat. “Shit,” he muttered on another retch.
“Darling,” Chris whispered to Jesse. “You might want to step out of the way a little. I think our friend here is about to vomit.”
“Dude, I hate puke.” Russ was a master of stating the obvious. There was no one on the face of the earth who actually liked puke. But instead of stepping away, Russ slid his hand up Kade’s neck and pressed on a spot behind his ear. Instantly the urge to throw up vanished. “Better?”
Kade nodded his thanks, rolling his head from side to side in a desperate attempt to collect himself, and continued to listen with half an ear as a rescue plan was formed. The conversation flowed around him as he squinted at the satellite image again, trying to picture what kind of setup Helter might have underground.
He had destroyed Helter’s last known stronghold-lab only a few weeks ago. Burnt the fucker to the ground. Helter would have had time to construct only the basics of a new hideout. Unless this one been here all along as a backup.
“Kade and Jesse will go. You must assume it is a fully functional, fully secured facility. The two of you will have exactly thirty minutes to work out the specifics of the search-and-rescue plan before you leave. Make them count, gentlemen.”