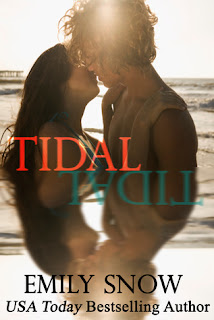 Book description…
Now that Willow Avery is out of rehab, she's got one chance left to prove herself before she’s officially on every producer’s shit list. At least, that's what her parents and agent are claiming. She doesn't really give a damn if she never makes another movie or not—she just wants to get on with her life, get back to her friends, and find her next escape. But Willow is broke. And whether she likes it or not, acting is the only job she knows how to do.
When she accepts the lead in a beach drama, Willow finds herself in Hawaii. And in Hawaii, she finds Cooper, the gorgeous surfer hired to train her for her new role. With the bluest eyes she’s ever seen and the sexiest Australian accent she’s ever heard, Cooper’s different from the men she’s used to. He doesn’t want to use her. And he refuses to let her fail. But when an old friend re-enters Willow’s life—a friend whose toxicity she’s been drawn to time and time before and whose presence brings about the painful memories she's tried so hard to suppress—Willow will have to choose between the girl she was and the person she’s becoming. The lifestyle that helps her forget the pain and the guy she’s falling hard for.
First of all… big huge freaking congratulations to Emily Snow for creating this story that shows some of the emotions and inner struggles that I have physically watched a loved one fight and then eventually lose.  It’s no secret that when an author takes a chance with a topic like drugs and manages to pull off the true emotions and situations they face; they gain a spot in my heart.

Willow… such a troubled young woman but also determined.  She wasn’t necessarily my favorite heroine at first because she didn’t seem to take her situation as serious as it was, but it certainly did not take long for me to really love her.  I grew up watching a loved one fight the same urges that Willow fought and while there were times my heart dropped down to my stomach I couldn’t help but feel the tremendous amount of love for her for pulling through and winning the battle.   It may not seem like to it someone who hasn’t personally witness what an addict goes through, but Willow was a strong girl… especially once she took control of her life and the choices she made.  By the end of Tidal, I was beaming because I was so proud of her.

Cooper, dear sweet, adorably sexy Cooper… will you be my Christmas present?  I am expecting you under my tree with just a big red bow on!  Cooper wasn’t exactly forthcoming about his past but he didn’t exactly hide it either.  He had some issues he needed to work out as well but there was absolutely no doubt how deep his feelings for Willow ran and how he would turn to any means necessary to fight for her, to fight for them.

Their relationship was slow to start, but once it did it was pretty explosive.  They were healing each other emotionally, without even realizing it.  They were sweet and patient, or at least Cooper was.  They really were made for each other.

Tidal is definitely a must read!  Even if it is just to perv over Cooper for a while… or laugh at the amazing secondary characters… *cough Eric cough*.  It’s got an amazing flow with characters that are easy to connect with on an emotional level.  Tidal is one that will go down in my favs for sure!